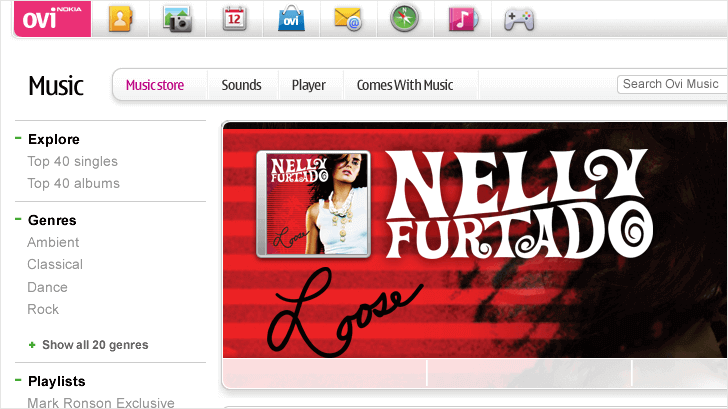 Buy a Nokia, get free music. It was that simple.

Need a designer? This bloke, awesome!! 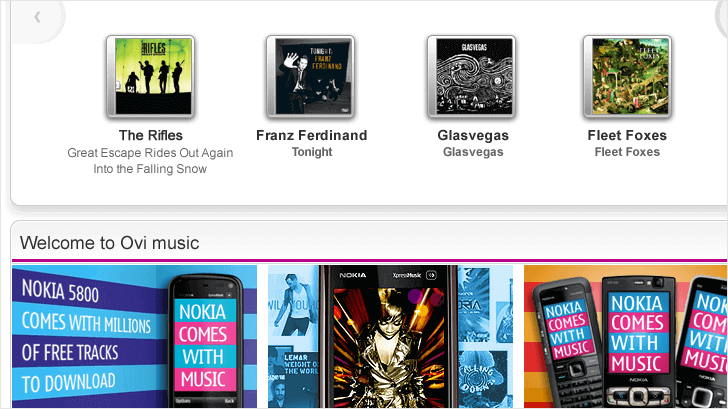 Buckets of content were created to showcase latest releases from each genre. 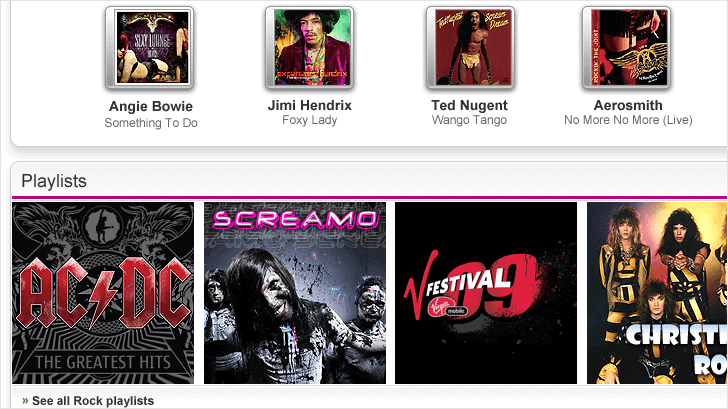 Playlists, albums, singles and top charts could be played or downloaded.

An alternative layout was created for India due to the prominence of the musical as well as the importance of contributing artists such as Director, Producer, Actor and Actress.

Nokia Music became Ovi Music and I was part of the design team that designed the website, phone clients and music players.